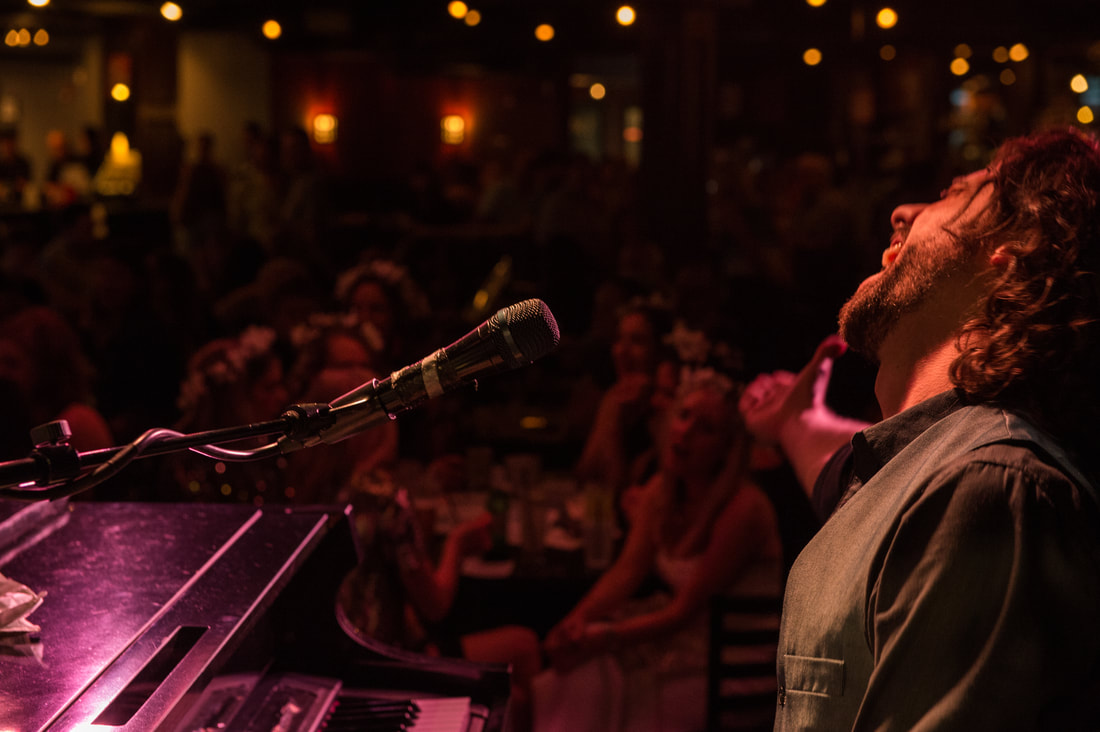 Neil Haven has performed at piano bars and private events all over the country, some even by invitation. He's played several contracts on Norwegian Cruise Lines floating around the Caribbean and the Mediterranean, with Point St Dueling Pianos, Howl at the moon, Big Bang, and Blazin' Pianos, and piano bars in NYC, Chicago, Boston, and on the Las Vegas Strip.
​
Haven has a repertoire of hundreds of popular songs from the 1950's to today: Oldies, Classic Rock, 80's and 90's Pop, current hits, and a dash of Country and Hip Hop. His broad repertoire allows him to take audience requests or cater the song list to your preferences.  For celebrations like birthdays, anniversaries, bachelorettes, and promotions, Haven brings people on stage for interactive routines ranging from silly dancing to adult cabaret roasts. The show can be everything from raucous hand-clapping sing-along parties to mid-tempo background music, family-friendly to wildly inappropriate.

Haven has a background in Theatre, holding a Bachelors and an MFA in acting, music, and playwriting . He has worked as a stage and commercial actor, theatre instructor, and in improv and stand up comedy.  He brings his broad performance and comedy training to the dueling piano stage for an interactive, silly, laugh-out-loud night of entertainment.

A prolific playwright, his plays and musicals have been performed at various theatres coast to coast, most of them developed and premiering in Wisconsin. His cult holiday musical hit, Who Killed Santa, has been produced six times in Milwaukee since debuting in 2008 and recently had its Los Angeles premier at Theatre 68 in North Hollywood.